The first component of the space station was the Zarya module, which was launched uncrewed in November The crewed flights were used for partial assembly of the ISS, as well as to start unpacking the supplies and equipment that were being delivered.

The crew of three were on board the International Space Station for four and a half months, from early November to mid-March Major events during this time include the three-week-long Space Shuttle visits, which occurred in early December, mid-February, and at the end of the expedition in March.

At the end of the first day on the station, Shepherd requested the use of the radio call sign " Alpha ", which he and Krikalev preferred to the more cumbersome " International Space Station ".

Referencing a naval tradition in a pre-launch news conference he had said: "For thousands of years, humans have been going to sea in ships.

People have designed and built these vessels, launched them with a good feeling that a name will bring good fortune to the crew and success to their voyage.

In their first weeks on board, the Expedition 1 crew members activated critical life support systems and computer control, as well as unpacked supplies left behind for them by previous supply missions.

At this time the station did not have enough electricity to heat all three pressurized modules, so Unity was left unused and unheated.

The astronauts had a heavy workload in the first month, as Shepherd told reporters in a space-to-ground interview: "To me, the biggest challenge is trying to pack 30 hours into an hour work day.

For example, the activation of a food warmer in Zvezda's galley was scheduled for 30 minutes, but it took the astronauts a day and a half to turn it on.

The shuttle also brought the first pair of U. Three spacewalks were conducted by the crew of STS, all of which were completed prior to opening the hatch between shuttle and station.

On 8 December, the hatch between the two was opened and the two crews greeted each other for the first time. It had remained closed to maintain their respective atmospheric pressures.

Prior to Endeavour docking, the Russian resupply spacecraft Progress M , which came to the station in mid-November, was undocked to make room for the space shuttle.

It docked manually again with the station on 26 December by Gidzenko, after Endeavour left. The automatic docking system for this Progress spacecraft had failed on the first docking in November.

On Christmas Day, the Expedition 1 crew were given the day off work. They opened presents delivered by Endeavour and the Progress supply ship.

In the following days they did several video downlinks , some with Russian TV stations. Citing a Naval tradition, for the New Year's entry of the station's log, Shepherd provided a poem on behalf of the crew.

The mission was originally planned for mid-January, but was delayed due to NASA's concerns about some cables on the shuttles. It was installed with the use of the shuttle's robotic Canadarm , controlled by Marsha Ivins.

Astronauts Thomas D. Jones and Robert L. Curbeam helped with the installation during a spacewalk. While the Shuttle was docked, the control of the station's orientation was switched from propellants to electrically powered gyroscopes, which had been installed in September The gyroscopes had not been used earlier due to the lack of key navigational electronics.

By the end of STS, the crew of Expedition 1 had been on the station for over three months, and Shepherd stated that he was "ready to come home".

For example, they allowed more time for the crew to speak to their families via videophone, and they also encouraged them to watch movies and listen to music they like.

It brought air, food, rocket fuel and other equipment. A few hours after docking, the hatch opened, and all ten astronauts greeted each other, setting a new record for the number of people simultaneously in the ISS.

The length of the spacewalk was partially due to some mistakes, including Voss accidentally releasing a small tool. Unable to retrieve it, NASA engineers tracked the tool, and decided to use Discovery' s thrusters on 14 March to boost the station four kilometers higher, to ensure the ISS would not collide with the piece of space debris.

By 14 March, the expedition crews had completed the change over, but until the shuttle undocked, Shepherd officially remained commander of the station.

Sail her well. This has been an arduous duty for you. This ship was not built in a safe harbor. It was built on the high seas.

Expedition has been used in multiple Volvo Ocean Race, America's Cup and Grand Prix events and is the most advanced and usable software available.

Expedition has been in development since the mid s by veteran Volvo Ocean Race navigator and Whitbread winner Nick White.

System requirements Windows 10, 8, or 7 SP1. Windows 10 is recommended. Next, Thomas Jones installed thermal covers on the Destiny 's four trunnions, the pins which held the module in the shuttle cargo bay during launch, and attached the exterior portion of a vent that will be used by the station's life support systems.

Robert Curbeam also installed several foot platform mounts and handrails. The next major task for both spacewalkers was to install the future connection point for the station's robotic arm to Destiny 's exterior, preparing for the launch of that arm on shuttle mission STS later in Marsha Ivins maneuvered the robotic arm into position for Thomas Jones to install a foot platform at its end in preparation for his work with the arm connection point, called a Power and Data Grapple Fixture PDGF.

Then, working from the arm foot platform, Thomas Jones released the PDGF from its launch location in Atlantis ' cargo bay and carried it to the position where it was attached to Destiny.

Meanwhile, Robert Curbeam was working at the attachment location on Destiny , removing two portions of the module's debris shielding to prepare to make electrical and computer connections for the PDGF.

Thomas Jones then installed the fixture and both spacewalkers replaced the lab debris shields. Both spacewalkers attached a spare communications antenna to the International Space Station's exterior.

They also double-checked connections between the Destiny lab and its docking port, released a cooling radiator on the station, inspected solar array connections at the top of the station and tested the ability of a spacewalker to carry an immobile crew member back to the shuttle airlock.

The third spacewalk attached a spare S-band communications antenna and equipment, called the S-Band Antenna Support Assembly SASA , to the station; installed an exterior shutter on the Destiny lab window; and connected electrical and data lines between the PMA -2 shuttle docking port and Destiny.

The first task on the third spacewalk was to remove the spare SASA from Atlantis ' cargo bay and attach it to a stowage location on the exterior of the station's lower truss segment, the Z1 Truss.

For that task, Robert Curbeam was in a foot platform at the end of the shuttle's robotic arm and Thomas Jones assisted from the station and shuttle exterior.

Next, the two spacewalkers worked together to install an outside shutter on the Destiny lab window. The two spacewalkers installed the shutter and its associated gearbox and then removed a soft cover of insulation that protected the window during launch.

They then attached electrical and data connections between the PMA -2 shuttle docking port and the Destiny module. The connections will allow shuttle power and commands to reach the station on future missions, when PMA -2 becomes the primary shuttle docking location.

The ISS crew and ground controllers performed some activation and checkout tasks of the laboratory after the orbiter crew ingress is complete.

As there is no video capability on this mission, this will be a functional checkout of the equipment to verify that it survived launch in good shape.

The ground also performed a health and status check of the Ku-band radio frequency group. The ISS crew inspected the wastewater tank in Destiny to verify there are no leaks.

The second in a series of low-cost biological protein crystal growth experiments was transferred to, and conducted aboard, the International Space Station, again used the Enhanced Gaseous Nitrogen Dewar EGN.

Scientists anticipate that analysis of the human and other proteins that make up the payload may contribute to their understanding of gene function and help uncover the genetic roots of diseases.

STS undocked on February 16, Atlantis was moved to a point about feet At that point, Mark Polansky performed a final separation burn to move Atlantis away from the station.

Once Atlantis was about 30 feet 9. The Zvezda module then maneuvered station to its normal orientation for orbital operations, the solar arrays were commanded to resume sun tracking, and the station docking system and lights were deactivated.

Progress M carried supplies to the International Space Station, including food, water and oxygen for the crew and equipment for conducting scientific research.

It remained docked for one and a half months before undocking at UTC on April 16, It was deorbited at UTC the same day.

The plasma crystal experiment, known as PKE-Nefedov, was one of the first natural science experiments conducted on the space station.

An example of a low-maintenance experiment was the protein crystal growth experiment, which had also been flown on previous shuttle missions.

The goal was to produce better protein crystallizations than those produced on the Earth, and hence allowing for a more accurate model of protein structures.

Of the 23 proteins and viruses attempted during Expedition 1, only four resulted in successful crystallizations, which was a lower success rate than predicted.

Of those successful was the low-calorie sweetener Thaumatin, whose crystals diffracted at a higher resolution than Earth-grown crystal, which resulted in a more accurate protein structure model.

Another research activity was measuring the crew's heart rates and the station's carbon dioxide levels to determine the effect of exercise on the station. 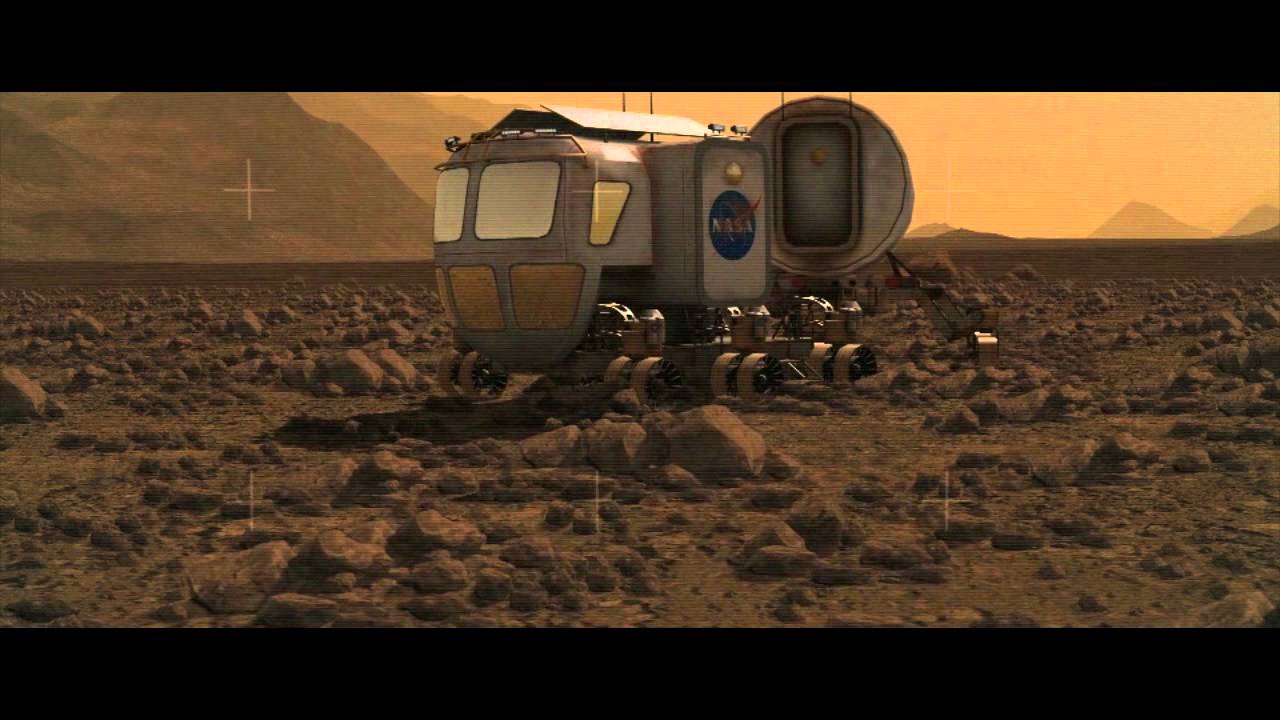